HellofromUnderground.com is a creative/funny/viral application that was born from Christian López during his stance in New York. Christian created a new font using subway routes and a map, then his team created a single videoclip for each character related with route. After that, using a simple interface, the users could write words or short messages resulting in a videoclip from underground.

The app development was quite simple. We used the Adobe Open Source Media Framework to play all little clips in a serial way, trying to avoid the pause between each little video. Each message is saved in a database and shared on Facebook or Twitter. 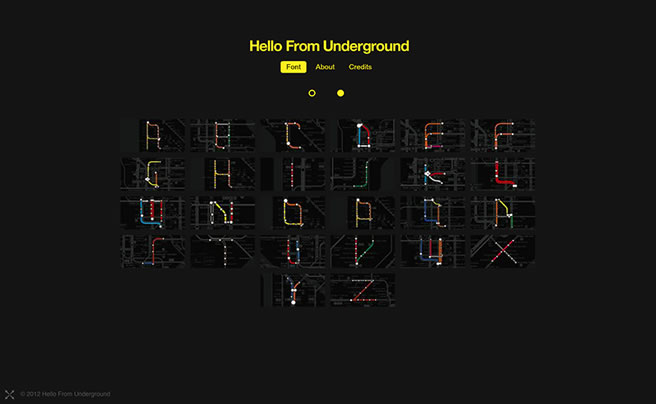